Jim the New Yorker is made from shaped manhole covers from New York. He wears an ocre coloured long-sleeved top with a large round shield and long trousers.  His head-dress is made of a band of multi-coloured painted lattice.

Jim the New Yorker is one of 21 statues created by Rachid Khimoune under the concept of Les Enfants du Monde (Children of the World). The statues have been installed in Parc de Bercy in 2001. 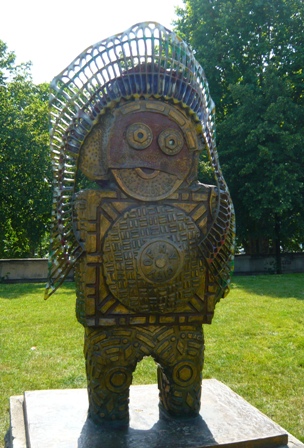 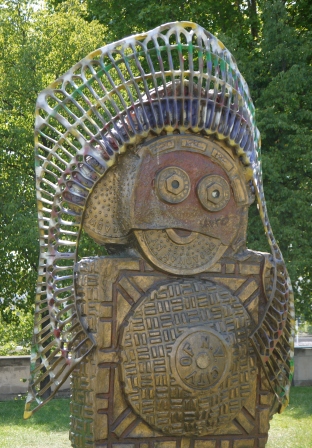