Eve the German is one of 21 statues created by Rachid Khimoune under the concept of Les Enfants du Monde (Children of the World). The statues have been installed in Parc de Bercy in 2001. 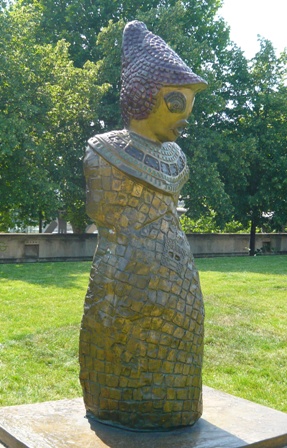 She is a bronze statue of a girl with a flat hat made froom a manhole cover and hair braided in form of a circle on her ears, thereby repeating the pattern. She looks slightly ahead of herself to the ground. Her eyes and mount are open. Her arms are held behind her back.

The statue has been coloured in yellow and purple-blue. 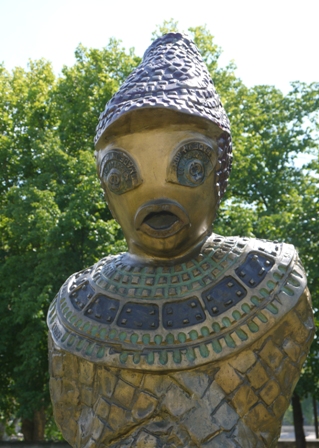