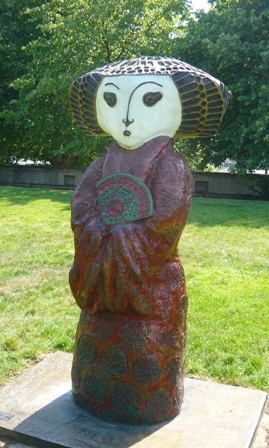 Bronze statue of an Japanese girl with fan in Parc de Bercy.

She wears a traditional red patterened kimono and holds a red and green fan. Her black hair is in traditional Japanese style. Her face is painted white, the eyebrows and eyes coloured black.

Ayako the Japanese is one of 21 statues created by Rachid Khimoune under the concept of Les Enfants du Monde (Children of the World). The statues have been installed in Parc de Bercy in 2001. 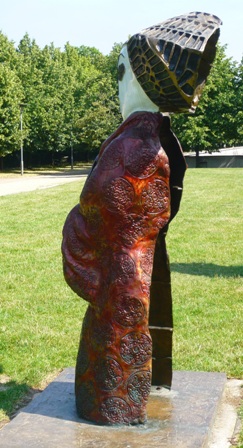 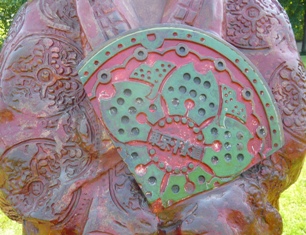