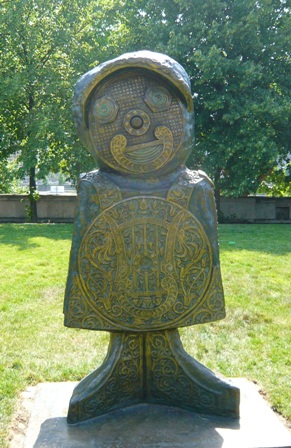 Bronze statue of a French boy with cap in Parc de Bercy.

Titi the Parisian is one of 21 statues created by Rachid Khimoune under the concept of Les Enfants du Monde (Children of the World). He used manhole covers from the city to created this statue. The statues have been installed in Parc de Bercy in 2001. 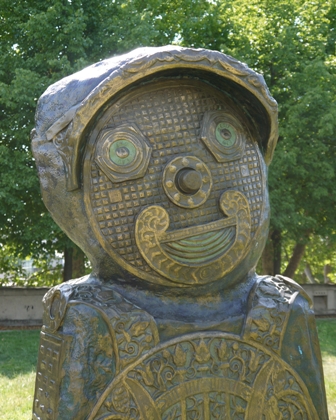