Marble statue of Saint Geneviève in Jardin du Luxembourg. The statue is part of the group of women of royal standing and female saints.

The statue of Saint Geneviève was created by Michel Mercier in 1845. She has very long open hair with two plaids at the sides. She wears a tight top and a long skirt. Her right hand rests on her left, which holds some cloth.

From a young age Geneviève devoted herself to religious living. In 451 she persuaded the inhabitants of Paris not to surrender to the Huns. 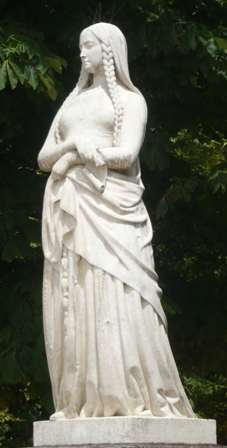 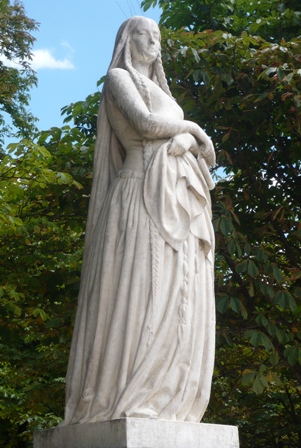 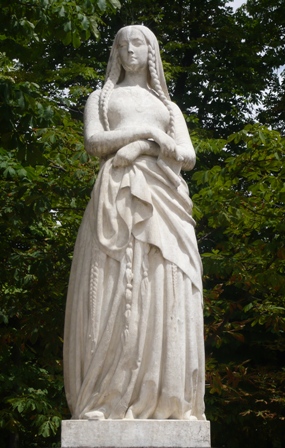