The station opened on 6 August 1900. The station is named after the nearby church Saint-Paul - Saint-Louis.
It is situated in the 4th arrondissement, in the heart of the Marais.
The underground station is served by the metro line 1. 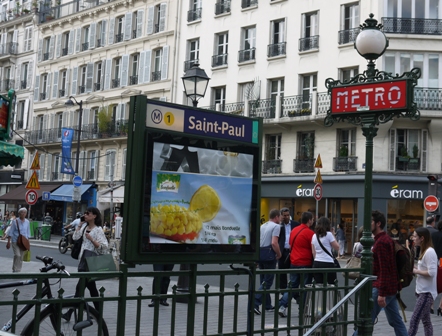 The lamppost is of the rarer type Val d'Osne: the red METRO sign is surrounded by green wrought-iron work. Above it is a white globe lamp with a green crown. Both are lit at night.

The green fence around the entrance is fairly plein - some of the bars have diamond-shaped ends. 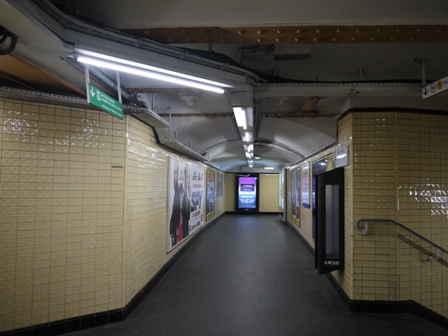 The corridor is tiled in square pale yellow tiles with a cross pattern.

Advertising is either in paper-form in frames mounted on  the walls, or in digital form in electric frames.

The lighting is snaking along the ceiling. 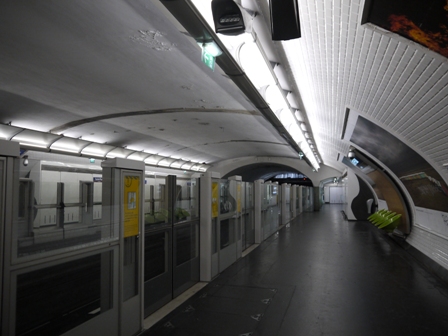 Platform doors have been added to the platform.

The ground has been painted white where the doors open.

The lights were designed by Bruno-Gaudin. They are in metal, shing up to the ceiling. 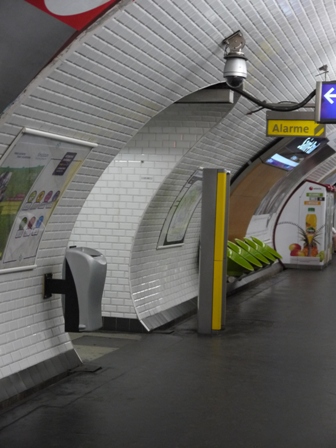 Entrance to the platform is from the side.

The alarm post stands on its own close to the entrance.

The walls are tiled in "Metro" style to just above the lights. 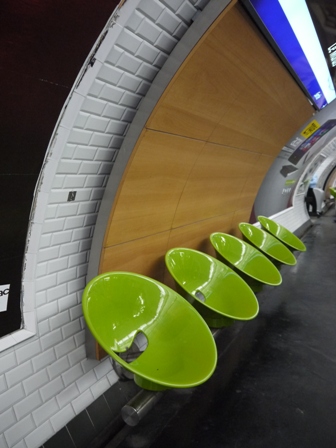 Light green metallic seats are fixed on a silver bar in front of a wooden panel in a frame. They are semi-spheres with a slit. The design is also referred as the smilie.