It is situated in the 20th arrondissement. The station is named after the statesman Louis-Michel Lepeletier de Saint-Fargeau (1760 -1793).

It is today served by the metro line 3bis. The line was renamed 3bis on 27 March 1971, when the line 3 was extended in the direction Gallieni. 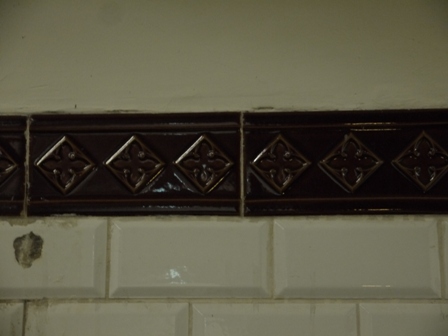 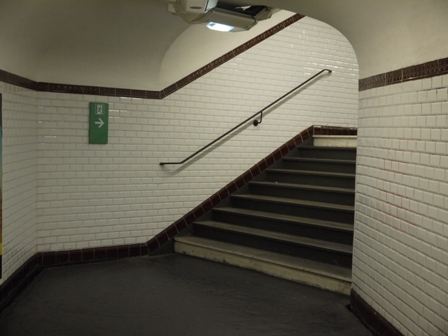 Corridor and stairs to the platform. The walls are tiled in white with brown tiles at the floor level and top. 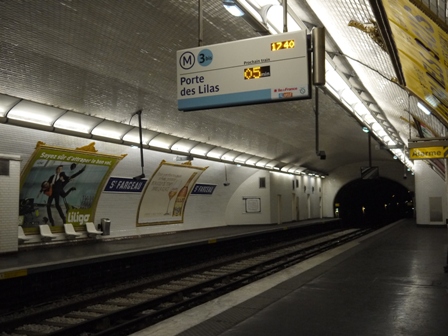 The tracks are between the two platforms.

The display panel shows the current time and the time to the next train. (Trains on main lines show the next two trains).

The lights are placed in a row of colon shaped metal casings along the ceiling.  The uplight is reflected on the top of the casings. 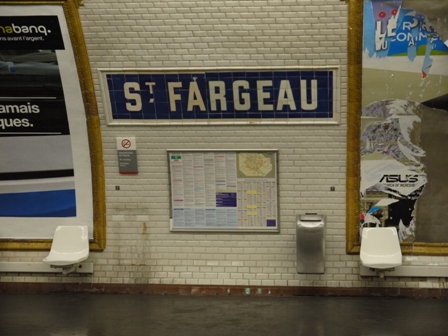 Underneath the sign are the general metro transport regulations, a small network diagram and the times of the first and last trains per station.

The non-smoking sign is in French, English and Spanish. 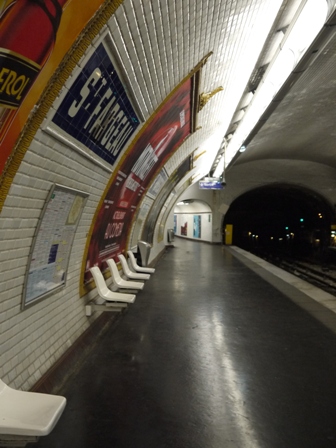 The white tiles are in the "Metro" style.

Advertising is in large ceramic frames with wheat pattern. The top corners and edge have some decorative tiles. 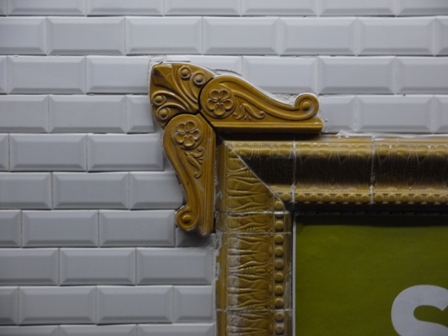 The corner elements of the brown advertising frames are made of three parts. The long tiles have a an open flower, a semi-open flower and a scroll. The flowers are differnt from the one found on some of the other platforms. The centre tile is a fern with four furled leaves. 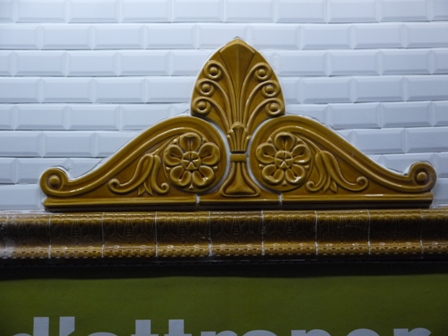 The top ornament is also constructed of three parts. It uses the two long tiles from the corner ornament around a larger leaf-shaped tile.