The station is situated on the border of the 19th and 20th arrondissements, at one of the former defensive walls built around Paris between 1841 and 1844.

It is today served by the metro lines 3bis and 11. It is a terminus for the line 3bis. 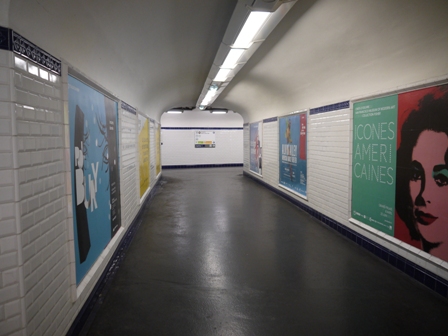 Corridor from the platforms of the line 3bis. The white tiles are topped by a frieze of dark blue flowers.

Advertising is in white ceramic frames. 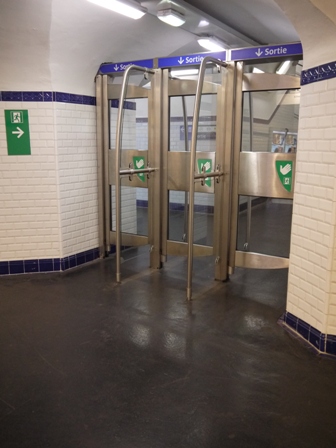 Metal and glass push doors on the inner exit of the station. The doors open to the right. 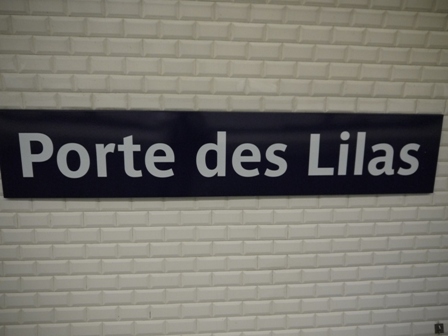 The signage is a blue sign with white lower and upper case letters, mounted on white tiles of the Metro style (small ceramic tiles with raised centres). 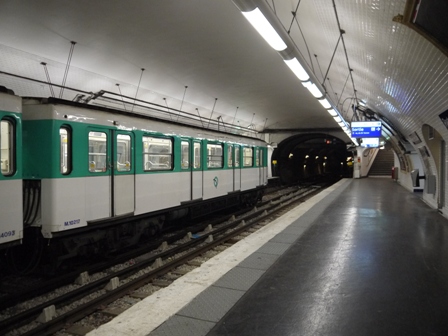 Metro at the platform and tunnel towards Saint-Fargeau. 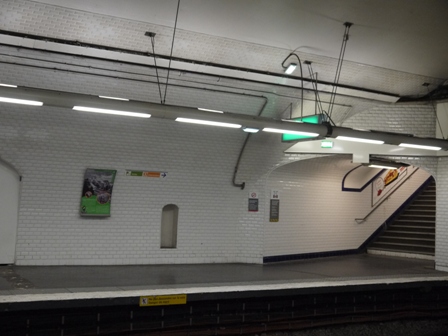 Platform and entrance at the end of the platform.

The walls are tiled, the vaulted ceiling is painted.

Lights in grey encasings are hung from the ceiling fixed in intervals by two wires. 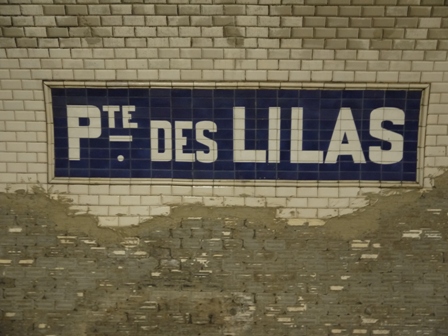 Signage on the line 11. "PTE DES LILAS" is stencilled in capitals on dark blue, rectangular tiles in a white ceramic frames. Broken tiles have been removed. 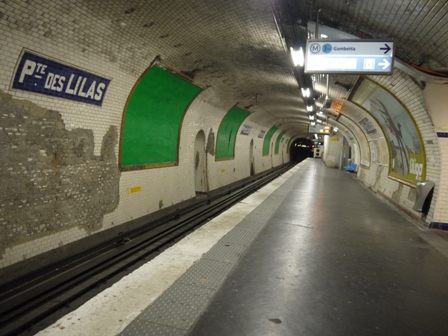 Platform in direction Mairie des Lilas. The other platform is separated by a tiled wall with walk-through arched openings.

Advertising is in brown ceramic frames with decorations. The frames on the platform side are used, the ones on the separating walls are blank.

The ceilings are tiled. 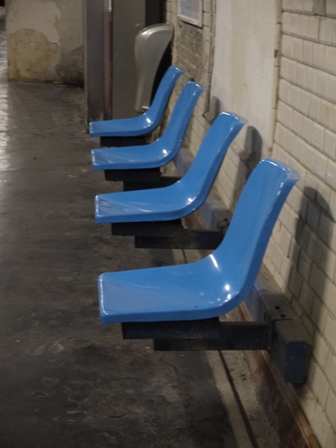 Blue plastic seats fixed on a bar on the wall. 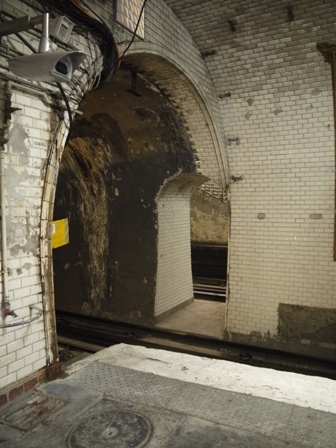 Tunnel from direction Télégraphe and arch through the wall to the tracks in the other direction. 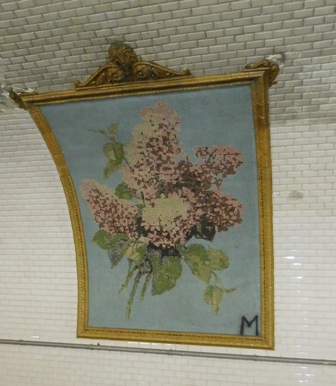 On the walls of the platform direction Paris are three mosaics in ceramic frames. Two of them show flowers, namely Lilac (= lilas).

The first one shows some light coloured lilac branches on a blue background. 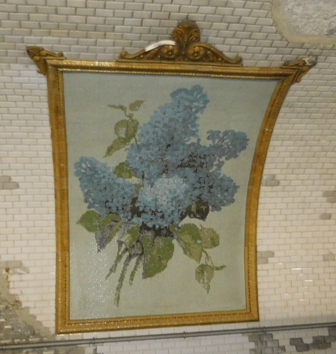 Mosaic of blue lilac in a light brown ceramic frame.