The station opened on 27 November 1921.  It is in a stand-alone building in the Art Nouveau style designed by the architect Charles Plumet.

The station is situated in the 20th arrondissement, taking its name from the military leader Viscount Pierre de Pelleport (1773-1855).

Today it is served by the metro line 3bis. The line was reassigned the name 3bis on 27 March 1971, when the line 3 was extended in the direction Gallieni and this station was split off. 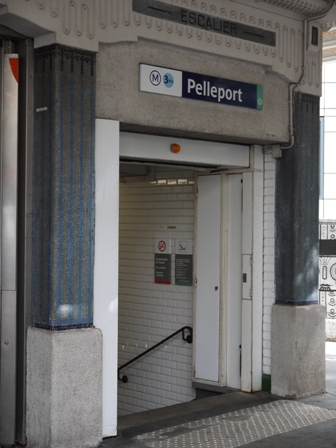 The sign above the door is the station name in mixed case and M  3bis. The white door can be closed and locked. A yellow light on the frame warns of any trouble in the station.

The columns at the side of the door are covered in mosaics by A. Gentil and E. Bourdet. 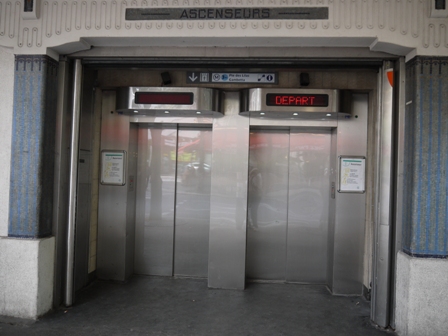 An alternative way is to use one of the two lifts to the information and ticket office. 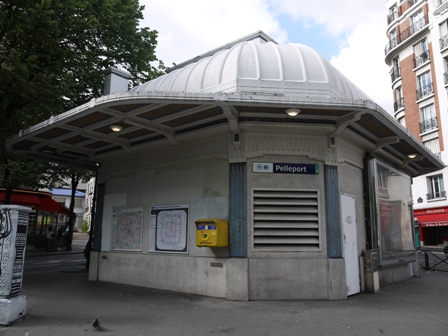 The station building from the other side. The roof''s overhang provides some shelter from the rain or sun. 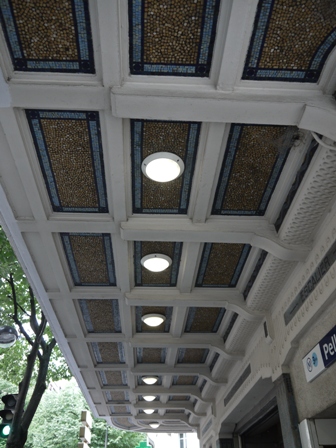 The underside of the roof overhang has three rows of inset panels of light brown and blue mosaics made of ceramic tiles. The centre panels have round ceiling lights. 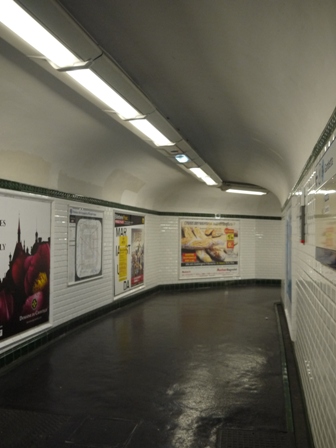 Corridor from the platform.  The walls are tiled in white. The frieze is green with flowers. 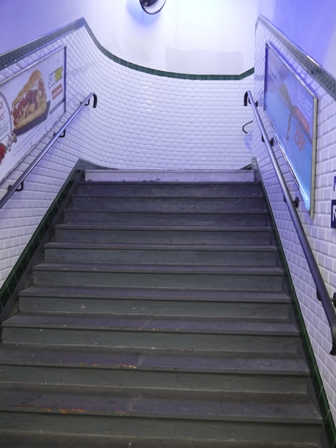 When you come to the end of the corridor you can decide whether to take the stairs or the lift. There are over a hundred steps, so choose wisely. 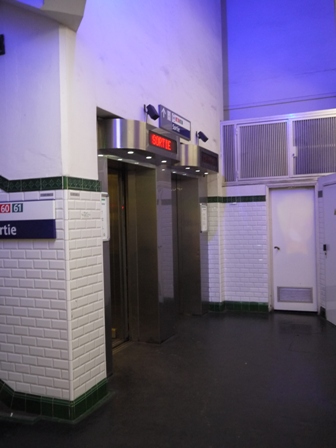 The lifts. Definitely the easier option to reach street level. 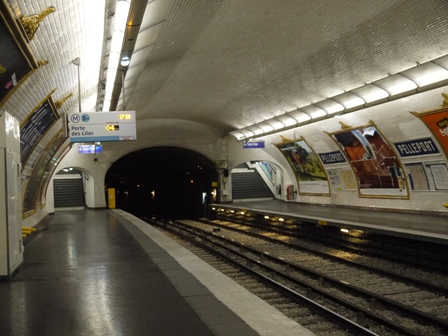 Entrance to the platforms is from the end.

The ceiling is tiled.

The display panel shows the time until the next metro. 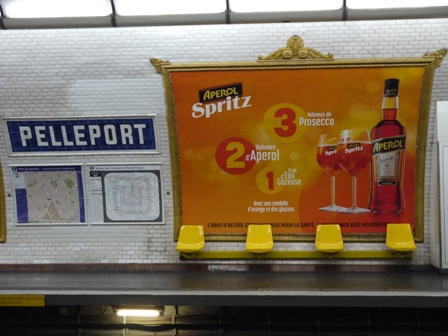 Wall of the platform. The advertising board is surrounded by brown ceramic tiles with a wheat pattern and decorated on the top edge and corners with ceramic flowers.

Seating is provided in the form of yellow plastic seats mounted on a yellow bar.

The station name is stencilled in all upper letters on blue, square tiles in a white ceramic frame.