The station opened on 24 April 1906 as Montparnasse. Originally the station consisted of two separate stations, which were joined in the late 1930s by tunnels to form the present Montparnasse - Bienvenüe. It takes its name from the engineer Fulgence Bienvenüe, who is regarded as the "father" of the metro. Lines 4 and 12 were part of the former Montparnassse station, while the lines 6 and 13 were part of Bienvenüe.

The station is situated at the intersection of the 6th, 14th and 15th arrondissements. 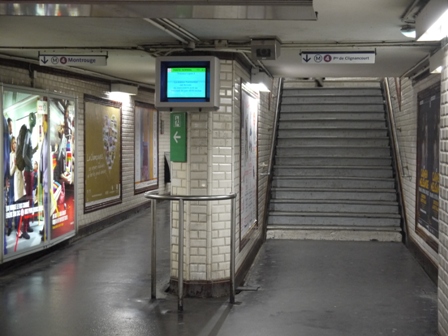 Corridor toward the line 4. At the left in direction Montrouge, on the right stairs in direction Porte de Clignancourt to cross above the tracks. A traffic display is hanging from the ceiling. 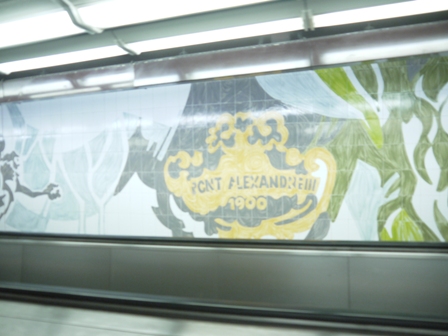 The two parts of the station are linked by a corridor with three moving bands.

In 2011 the walls of the corridor where painted with distinctive elements of Paris; such as the sign on the Alexander III bridge here. The slightly faded style was inspired by Villeroy & Boch. 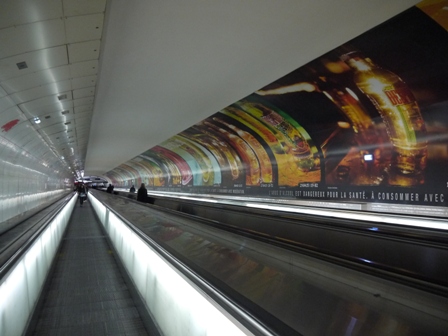 The decor has been replaced with advertising posters along the whole length of the link. 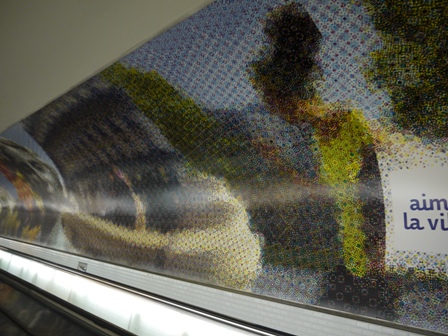 When approaching it can be seen that the images are composed of different patterns. 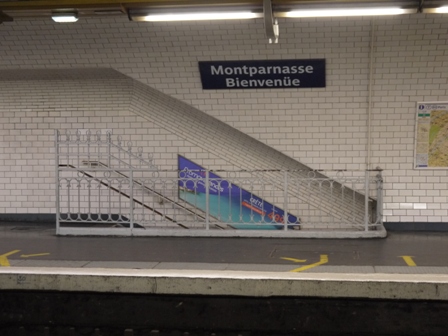 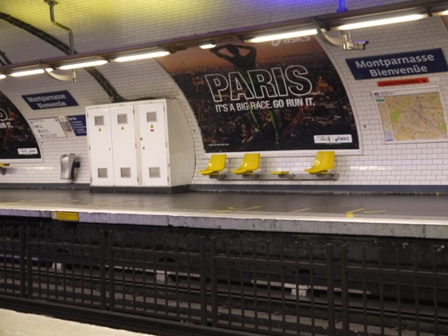 Entry to the platform is from below. The stairs are behind a light gray barrier. Markings can be seen on the ground to indicate where the doors will be when the metro stops.

Signage is in upper- and lowercase white letters on a blue plasticised sign without frame.

The walls are tiled in flat, white rectangular tiles.

The two tracks of the line are separated by a low fence. Seating on the platform is provided by yellow plastic seats mounted on a bar fixed to the wall.

The silver lights are suspended from the ceiling in fittings shaped like scythes.

Markings for the posure of the barrier can be seen as well.

The advertising boards are framed by white ceramic tiles. 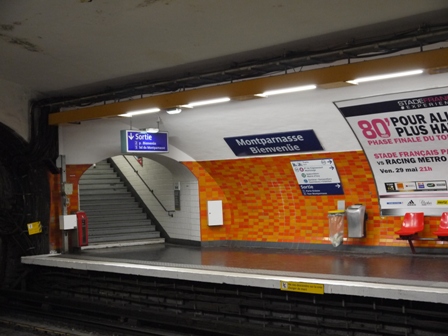 The walls are tiled to about shoulder height in orange and yellow ceramic tiles.

The wall above and the ceiling are painted white,

The lights are in rectangular  dark yellow metal encasings hang above above the edge of the platform.

The dark orange plastic seats are fixed on a bar on the wall. 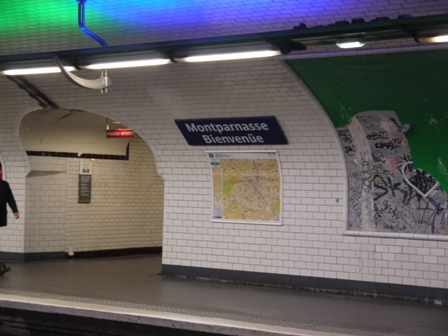 Entrance to the platform is from the side.

The green lights are fixed to the ceiling with scythe-shaped brackets. This is part of the Ouï-dire style.

The walls and the vaulted ceiling are tiled with white flat tiles.

The edge of the platform is marked in white. A row of about 20 cm wide knobbed tiles has been added to warn sight-impaired travellers of the edge. 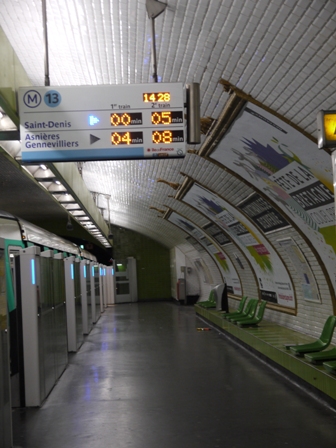 Line 13 forks, so the board shows the next two trains for each of the two branches.

Entrance to the platform is from the end.

The ends of the platform are tiled in green to match the green plastic seats fixed on a base of green ceramic tiles. 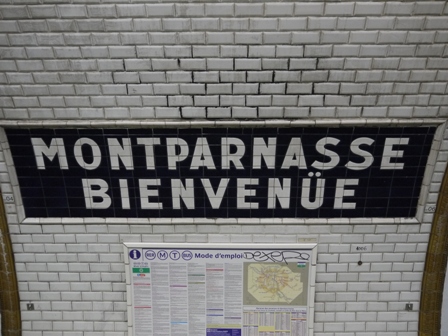 The station name is painted in uppercase on blue rectangular tiles in a white ceramic frame.

The tiles on the wall are rectangular with a raised centre called "Metro" style. 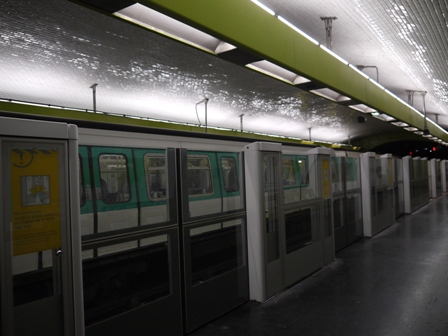 Barriers have been installed on this line.

The lights are encased in green metal strips along the barrier; in the Andreu-Motte style.