The station opened on 19 October 1904 as Caumartin when the service on the line 3 started. It changed its name in 1926 to Havre-Caumartin.

It is situated in the 9th arrondissement. The station is served by the metro lines 3 and 9. 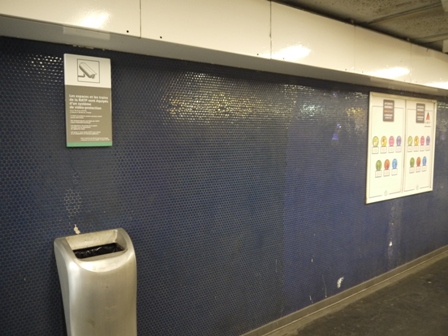 The corridor is tiled in small round royal blue tiles as used in many swimming pools. 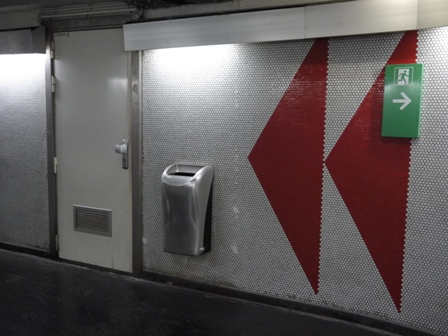 Directions on the wall are given by coloured tiles, as in this case red hexagonal tiles in the form of two triangles on a white wall.

Emergency exit directions are also given. 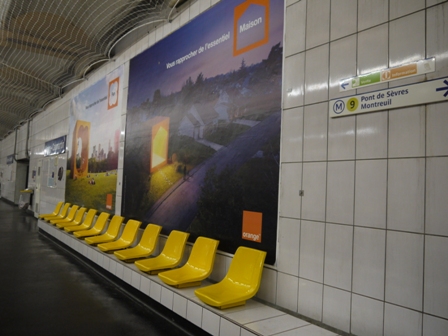 The walls on this platform are covered in large, flat, white tiles.

Advertising posters are pasted directly on the tiles.

Yellow plastic seats are mounted on a narrow pedestal of the same white tiles as on the wall.

Line 9 started operation on 3 June 1923.  It is an underground station. 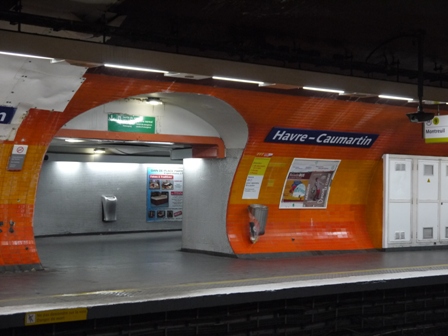 The platform is in the Mouton Duvernet style. The walls are covered in bands of dark and light orange flat tiles, placed horizontal.

The metal white light covers are rectangular and shallow.

The vaulted ceiling is painted.

The edge of the platform is marked, there are no barriers.

The station name is printed in white mixed case letters on a blue plastic frameless sign. 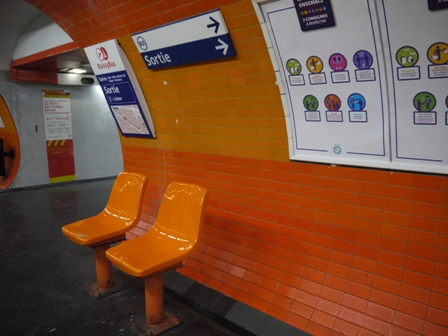 Two orange plastic seats on metal poles are placed near the entrance to the platform.