Grands Boulevards is an underground station which opened on 5 May 1931 as Montmartre, named after one of the side streets nearby. To avoid confusion with the Montmartre Hill, its name was changed on 1 September 1998.

The station is situated on the border of the 2nd and 9th arrondissements.
It is served by the metro lines 8 and 9. 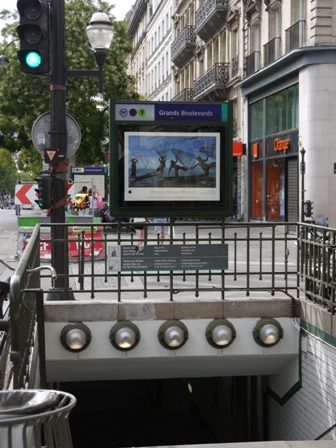 Outside the station is a modern square noticeboard with the icons of the two lines (8 and 9) and the station name above some underglass advertising.

The entrance is surrounded by a green metal fence bars of alternating lengths.

Five round lamps above the stairs at street level light the entrance during darkness. 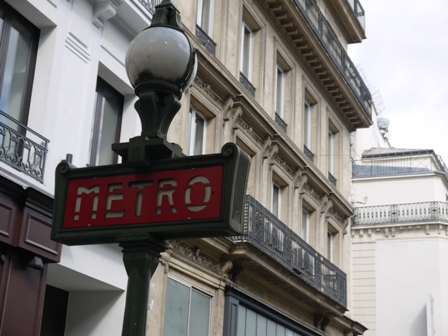 The station also has an old green lamppost with a metro sign and a white round light at the top. The word "METRO" is cut out the red metal and underlaid with white glass, so that the sign can be seen during darkness. 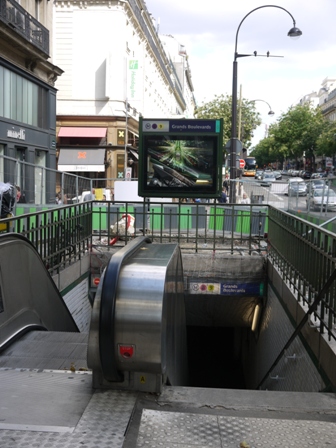 Another exit. This exit has an escalator leading out, and a narrow stairway. 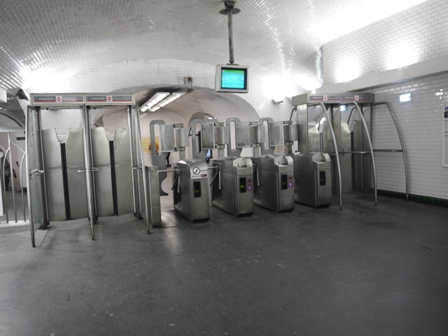 The entrance hall has four turnstyles with swing arm barriers.To the left and right of the block are two exit door frames with metal doors which open in the centre.

The monitor gives brief notices of any traffic problems. 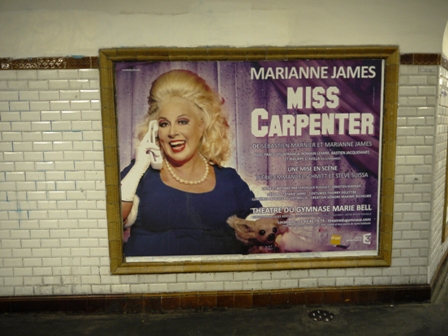 The advertising panels in the corridor are starting nearly at ground level. They are surrounded by a honey-coloured frame of ceramic tiles with a cabbage leaf pattern. At the inner side of the frame runs a line of dashes and dots. 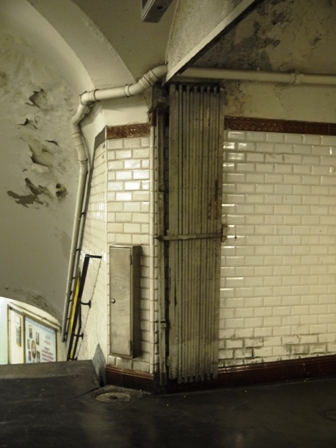 The corridor between the two lines can be partitioned off by a folding full-height gate.

The walls are tiled in white tiles with a dark brown border tile. The ceiling is painted, although it needs some renovation.

The station started operation on 5 May 1931 when the line 8 Richelieu - Drouot was extended to Porte de Charenton. The two platforms are separated by a supporting wall. 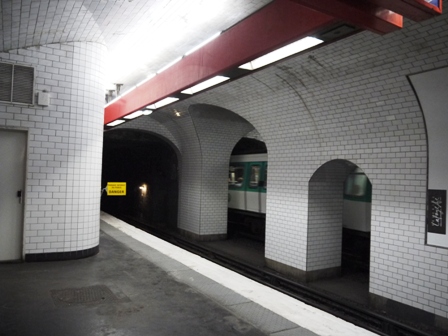 The wall and vaulted ceiling are tiled in white flat rectangular ceramic tiles, which have been placed horizontal. 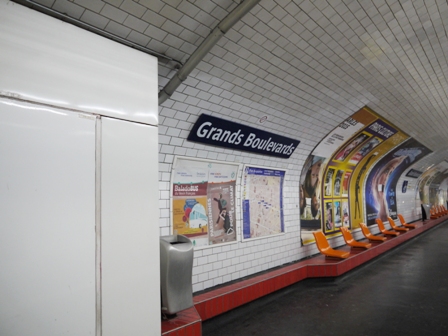 Towards the tunnel end are a couple of arched breaks in the wall.

Orange plastic seats are mounted on a base running along the wall. The base is covered in red tiles.

The advertising boards are placed in thin metal frames placed behind the seats.

Below the signage are two smaller frames: one holds a map of the immediate area, the other some RATP related information. 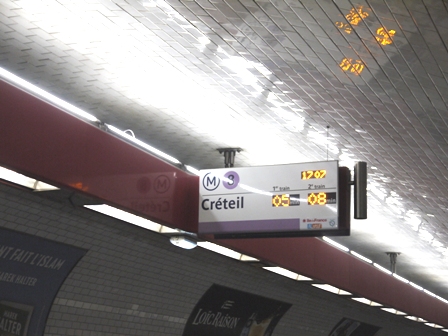 The light tubes are in red metal boxes running along the edge of the platform.

The display shows the current time and the time of the next two metros of the line 8 towards Créteil.

Line 9 started operation on 10 December 1933 when the original line from Richelieu - Drouot to Porte de Montreuil was extended. 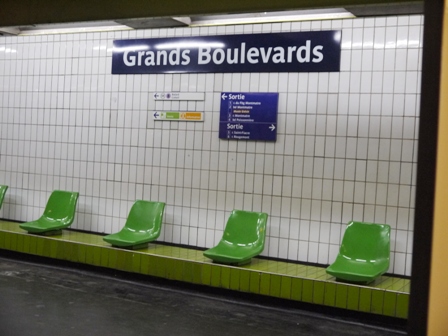 The signage of the platform is in white upper and lower case letters on a blue plasticised background.

The walls are tiled in white flat tiles placed vertical.

Green plastic seats have been fixed on a base tiled with moss-green ceramic tiles. 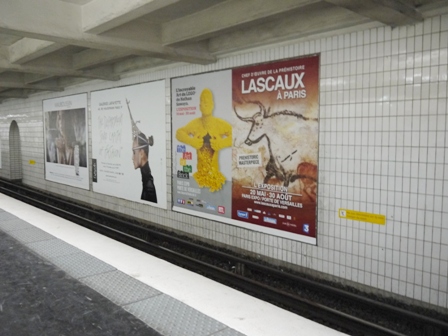 The advertising boards are surrounded by thin metal frames and placed on the other side of the tracks, on the supporting central wall.

The ceiling is painted white, supported by beams in a box pattern.

The edge of the platform is highlighted in white with a row of grey tiles with raised circles. 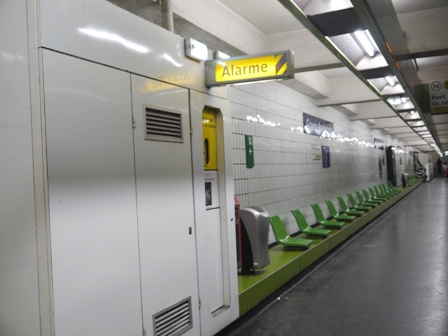 The floor is painted in grey. Lighting is running along the platform in moss-green metal boxes with light strips.