The station opened on 13 August 1900 under the name Alma in commemoration of the battle of Alma. On 27 May 1920 the station was renamed to George V in honour of the British King, who supported France during World War I. It is an underground station.
The station is situated in the 8th arrondissement. It is served by the metro line 1. 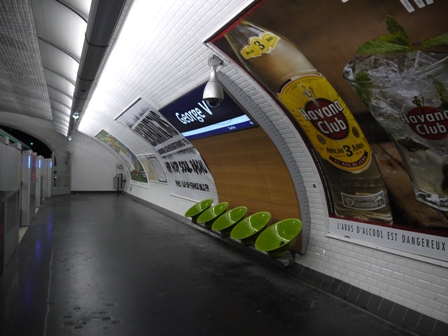 The seats on the platform are green metal half-bowl shaped. They are placed in front of a wooden panel with the station sign integrated at the top. The sign is lit from behind, the letters are white on a blue background.

The walls are covered with tiles with a raised centre.

The advertising posters are in white ceramic frames. 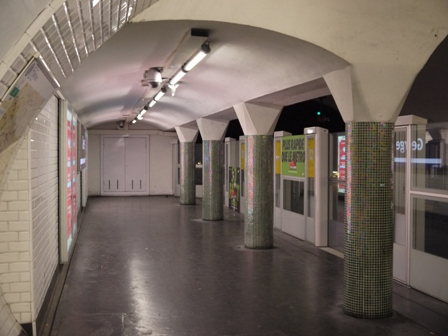 The supporting pillars at the end of the platform are covered in small square iridescent mosaic tiles. The ceiling is painted. 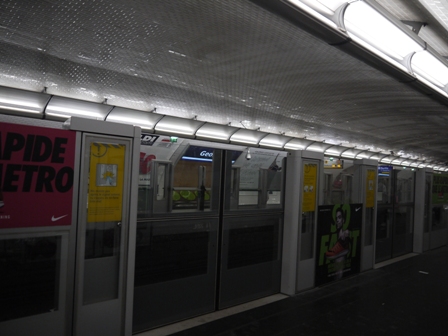 Platform doors have been installed. The area on the ground where the doors open has been marked with a white line. At the side of the doors are warnings not to enter when the horn sounds.

The lights are in the Bruno-Gaudin style - the tubes are fixed on the lower metal part and uplight against the top. 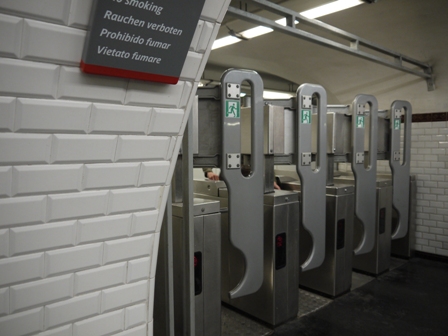 Entrance to the platform. The metal swing doors open when a valid ticket is inserted. In case of emergency they are remotely opened to allow passengers to exit. 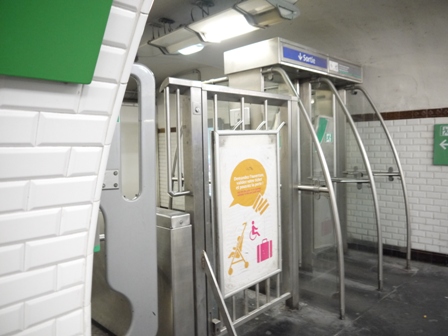 Platform exit. The two metal doors open at the side when pushed. The gate in the centre can be opened for people in wheelchairs or children in buggies.