It is served by the metro lines 3 and 3bis.

During a traffic study in the late 1960s, it was found that the line 3 should be extended to Bagnolet. As the majority of travellers were destined for Bagnolet, it was decided to make it side-track rather than branching it.

The extension made it necessary to remodel the existing station. 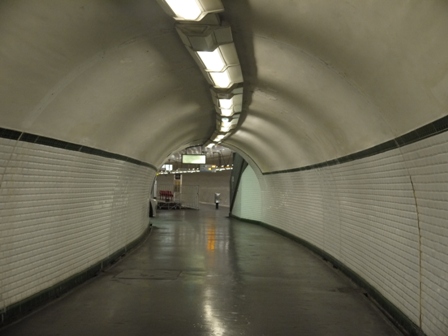 Corridor linking the platforms of the lines 3 and 3bis. It reuses the former tunnel used by the metro. 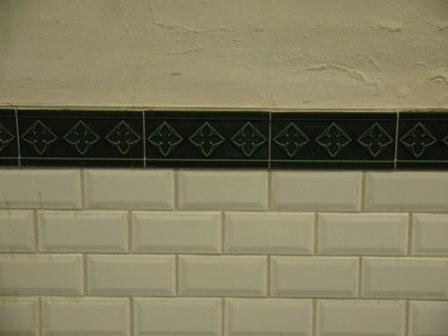 The walls are tiled halfway up. There is no advertising in the corridor.

The border is green with flowers.

The white tiles are in the "Metro" style.

Line 3 started operation on 25 January 1905. After refurbishment it is now a very modern looking platform. 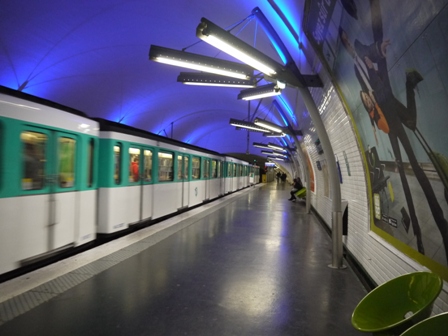 View along the platform with metro train. Four bars of light hang from each pole, fixed to the top by metal wires. LED light bulbs are used which give the platform a distinctive blue light on the vaulted ceiling. 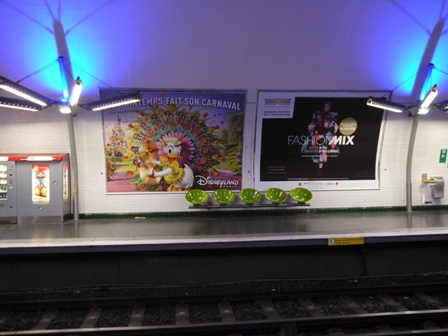 Olive green half-spherical metal seats on a metal bar fixed to the wall. The advertising boads behind the seats are framed in plein ceramic tiles. 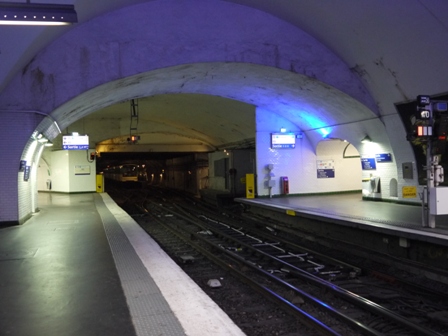 Platform, tracks and tunnel. The ceiling is quite high.

Line 3bis started operation on 27 March 1971, a few days before the line 3 was extended to Porte de Bagnolet and Gallieni. 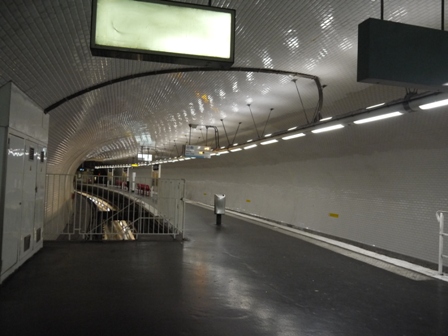 The platform is in the middle of the two tracks. Only one of the tracks of the original section was kept in this station of the 3bis.  The other track is lower and fitted with a path and lights. The part towards the corridor is fenced off.

The edge of the platform is marked in white and lit by lights above it. The power supply from the cabinet on the left to the lights can be seen on the ceiling.

There is no advertising on the walls of the platform. 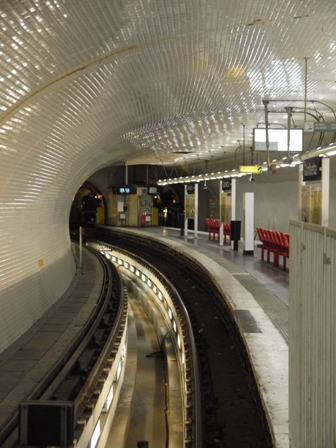 View of the redundant track.

The walls and ceiling are tiled.

Two groups of red plastic seats are fixed to the floor. They are both facing the same direction. 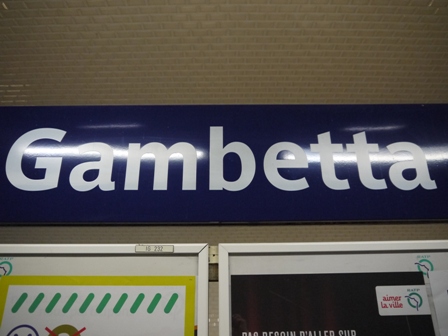 Signage on one of the panels on the displays in the centre of the platform.  It is blue with white upper and lower case letters.