The station opened on 19 July 1900 under the name Rond-point des Champs-Élysées. It became Marbeuf - Rond-point des Champs-Élysées on 6 October 1942 before changing to its present name on 30 October 1946. It is named after the American President Franklin Delano Roosevelt (1882 - 1945).
The station is situated in the 8th arrondissement. It is served by the metro lines 1 and 9. 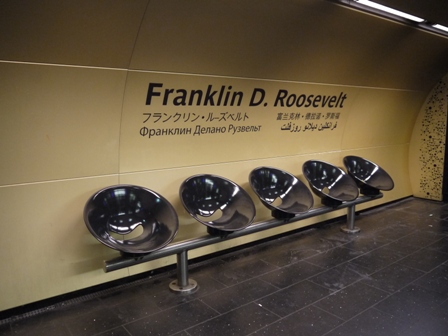 The name of the station is printed in different alphabets on the walls which are covered in large light brown tiles.

The dark grey metal seats are mounted to a bar fixed to the ground.

The floor is tiled with large black tiles with specks of silver.

Narrow strips of lights are attached at the walls. 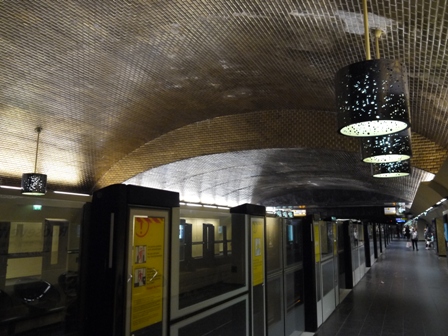 The tiles on the vaulted ceiling have been painted chocolate brown.

Groups of three metal lampshades with hole patterns have been suspended from the ceiling. They are brown on the outside and light in the inside.

Platform doors have been installed. The ground where the doors open has been painted white.

Individual brass capital letters have been stuck to the wall to give the station name.

Some parts of the wall are covered with silver squares of differents thickness. 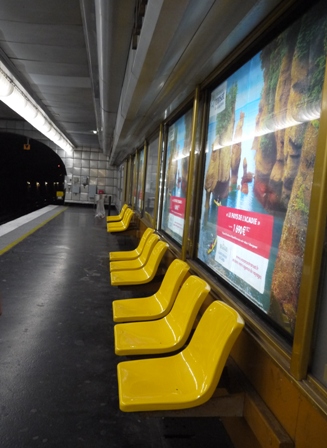 Seating is provided by yellow plastic seats fixed to the wall.

The walls are covered in metal frames holding advertising.