The station opened on 8 November 1922 as part of the original section from Trocadéro. It is named after Rémy-Isidore Exelmans (1775 - 1852), a General in Napoleon's Cavalry Marshal of France.
The station is situated in the 16th arrondissement.
It is an underground station served by the metro line 9. 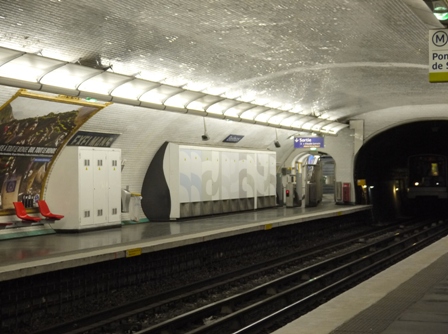 The ceiling of this underground station is vaulted in a shallow arch and tiled.

No platform barriers have been installed. The platforms are situated on either side of the tracks. 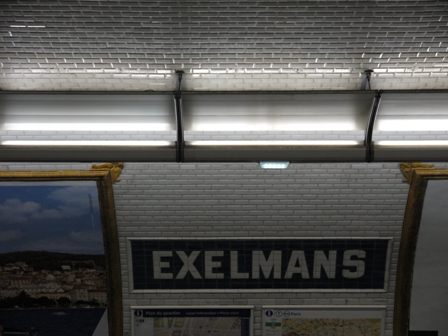 The silver lights light up and reflect on the metal shelf above. They are in the style of Bruno-Gaudin.

The station name is made of uppercase white letters on small, dark blue ceramic tiles in a white frame.

The walls are tiled in white ceramic tiles with a raised centres. 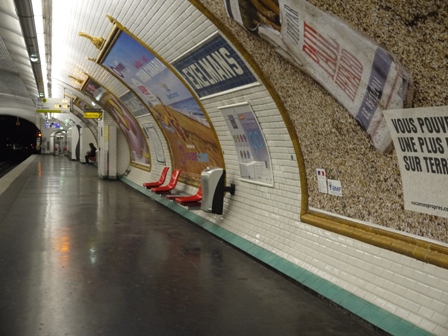 The seats on the platform are made of red plastic. They are fixed to a bar attached to the wall.

Advertising is in frames decorated with honey-coloured leaves.

A row of turquoise coloured tiles separates the main tiles from the ground. 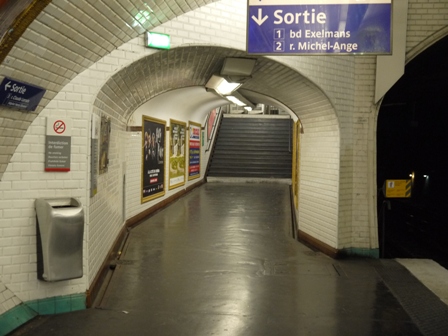