The station opened on 5 November 1910 when the line 7 started its operation.

It is situated in the 9th arrondissement opposite the department store Galeries Lafayette.

Chaussée d'Antin - La Fayette is served by the metro lines 7 and 9. Both lines have underground platforms. 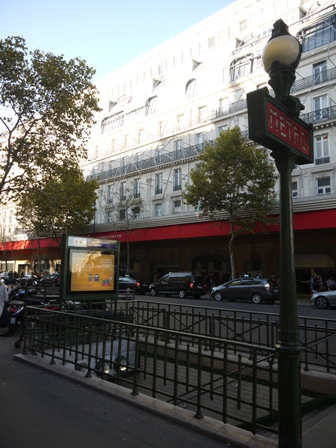 The entrance to the station is surrounded by a green metal enclosure with simple bars of different lengths.

The walls are tiled in white ceramic tiles with a raised centre. They are topped with green border tiles.

Metal handrails have been fixed to the wall.

At ground level are four round lights in green light fittings.

To the left of the entrance is a green lamppost with a red sign. The lamppost is topped with a white ball shaped light. 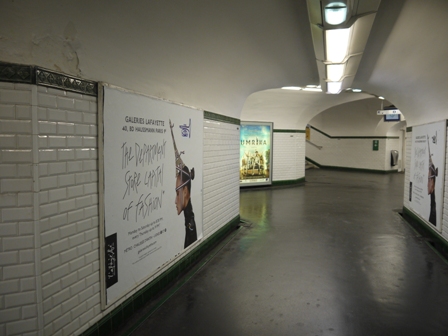 The connecting corridor is tiled in white ceramic tiles with raised centres until about shoulder hight. The last row consists of green tiles with four-petalled flowers in a diamond shape.

Metal advertising boards have been stuck on top of the tiles.

The top of the walls and ceiling are painted white.

A row of lights have been attached to the heighest point of the ceiling. 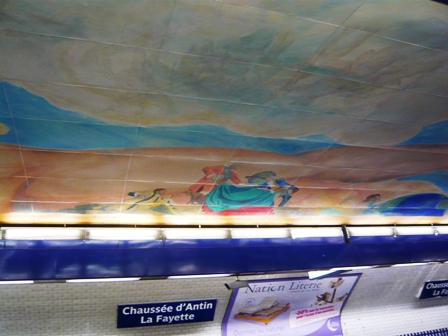 The slightly vaulted ceiling is made up of large rectangles which have been painted with several scenes.

The platform signage consists of the station name written in white upper  and lower case letters on a dark blue plastic background without frame. 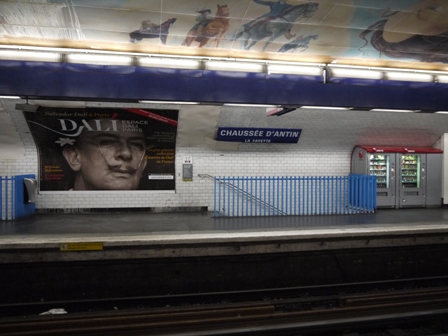 Access to the platforms is from the side by ascending some stairs, which are separated from the platform by a light blue fence.

In a corner are two vending machines.

The ground is painted grey. The edge of the platform is marked with a white line and an area of raised circles. 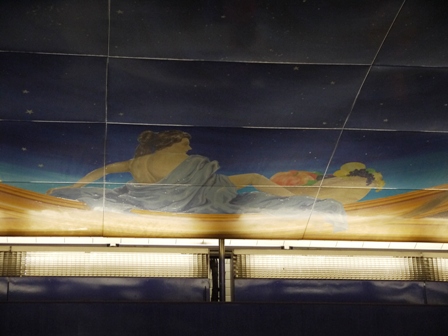 Scene on the ceiling showing stars in the night sky. 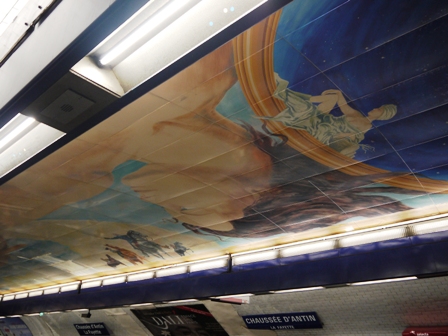 The lights are encased in dark blue metal rectangular boxes in the Andreu-Motte style. 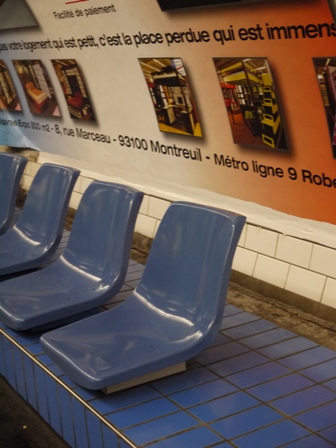 Medium blue plastic seats have been fixed to a base of matching blue ceramic flat tiles.

Behind the seating are large advertising boards in a thin metal frame. 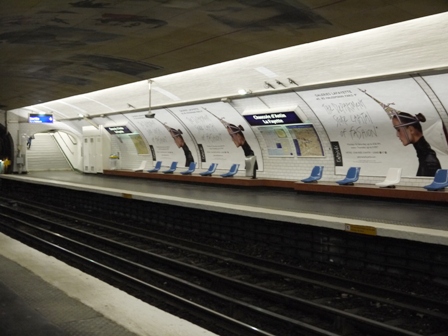 Line 9 has two side platforms. Entrance to the platforms is from the end.

The lights are hidden in the ceiling. 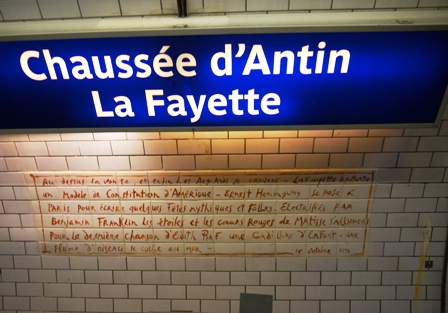 The platform sign is a large blue lightbox in a metal frame with the name "Chaussée d'Antin La Fayette" written in white letters.

Underneath the sign is a "note" written in ocre paint on a background of white tiles and framed with a drawn line. 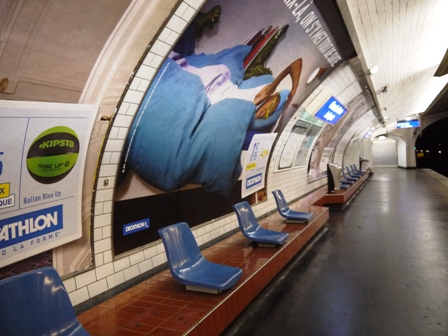 Light blue plastic seats have been fixed on a base with red ceramic tiles.

Behind the seats are large advertising boards with thin metal frames.

The wall is tiled in small white tiles with a flat surface. 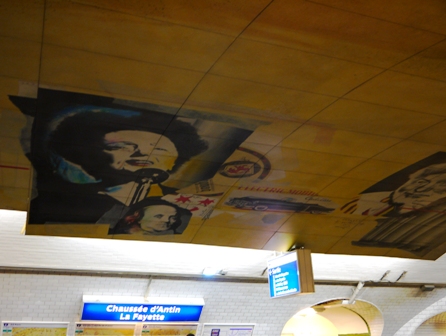 The platform has a false ceiling which is curved. The base colour of the ceiling is yellow. 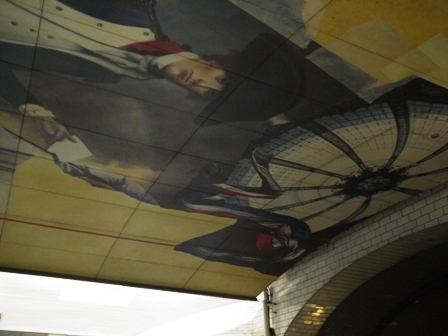