The station opened on 5 May 1931. It is situated at the intersection of the 2nd, 9th and 10th arrondissements. It is served by the metro lines 8 and 9. The station is named after the church Notre Dame de Bonne Novelle, which refers to the Annunciation.

The station was refurbished as part of the 100th anniversary of the opening of the metro. The theme "The movies" was picked to show a link between the two centuries. 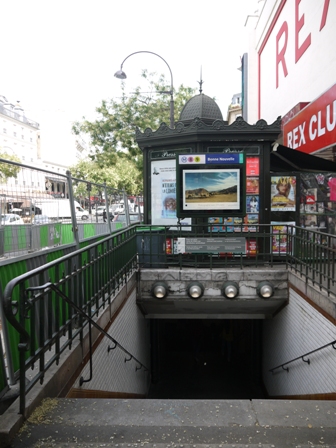 Small entrance at the side of the Rex cinema.

The fence around is made of straight, narrow bars and painted green. 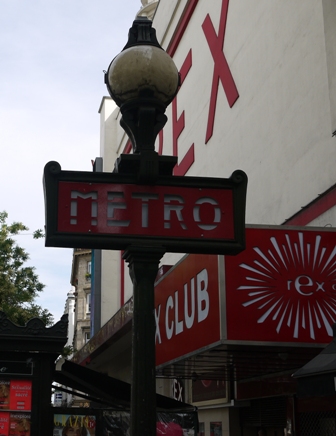 Metro sign in style Dervaux. The green lamppost has clear lines and is topped with a white round light. The word METRO on the red light panel is in white. 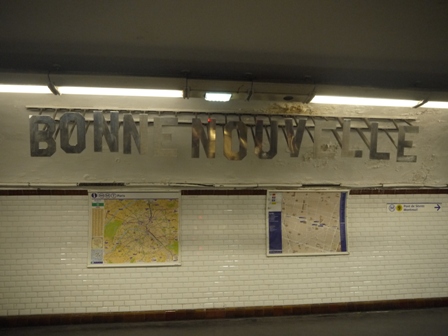 The name sign inside the station takes reference from the Hollywood sign on the hill. Individual chrome letters are fixed to a bar on the wall.

Below it are two maps, each in their own ceramic frame. The left map is a map of  transport links.

The right shows a map of the local area. 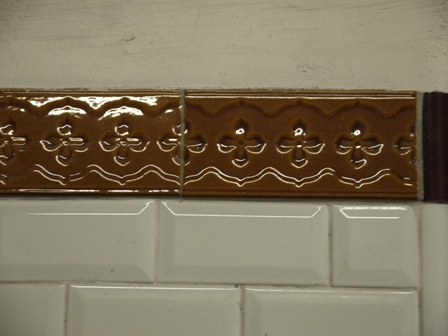 The border in the corridor is made from brown ceramic tiles decorated with flower-shapes pressed into. 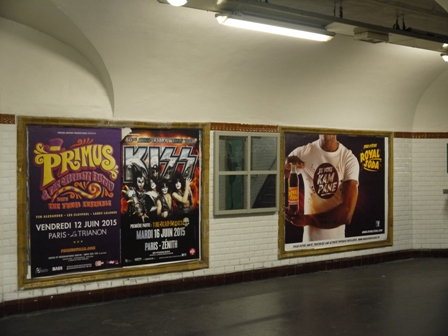 The advertising posters are displayed in brown ceramic frames which are placed very low. The "window" between them holds a mirror to let you see people coming around the corner.

Line 8 started operation on 5 May 1931. This line operates on the higher level. 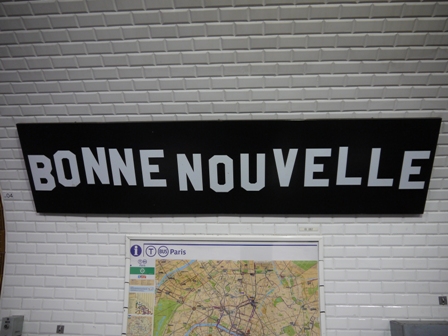 The Hollywood typeface also makes an appearance on the platform. Here the white letters 'dance' on a dark blue background.

The walls are tiled in white tiles with a raised centre. 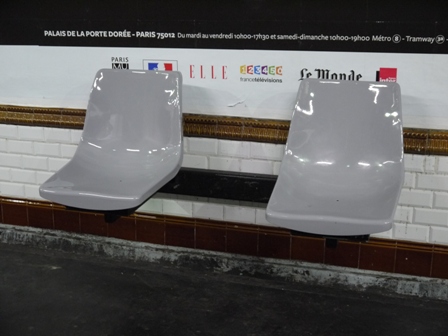 The grey plastic seats are fixed to the wall by a bar.

A border of brown square tiles runs just above floor-level. 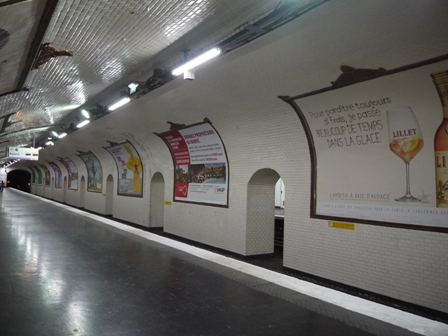 The two platforms are separated by a wall which supports the ceiling.There are arched openings in the wall between each advertising frame to allow access to the other platform in case of emergency.

The lights are fixed close to the ceiling.

The platform ground is painted grey. The edge is marked with a with line and a row of nobbed tiles. 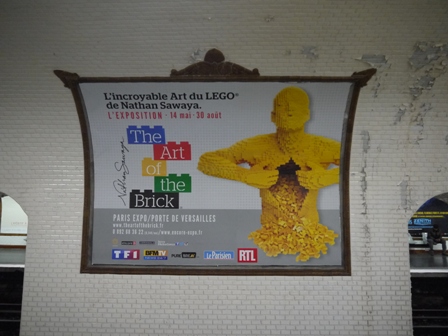 Some of the advertising is place on the supporting wall behind the tracks.

The brown frame follws the curviture of the wall. The corners and the centre of the top edge are decorated with ceramic plant motives. 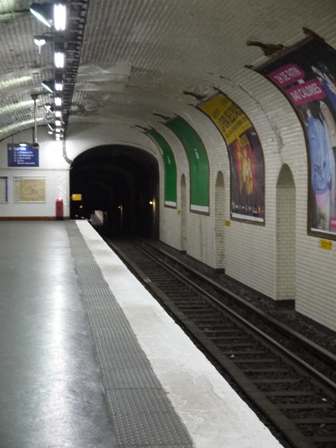 The lights are fixed on theatre rigging hanging from the ceiling. 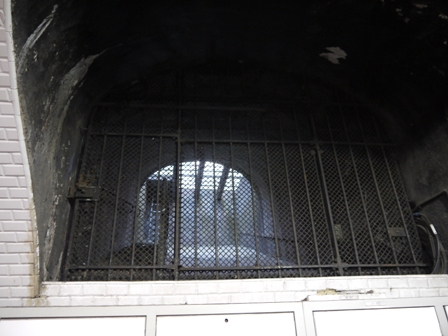 Locked venting tunnel to the outside. The tunnel is located half way up a wall and is secured with a locked fence and gate. Daylight can be seen.

Line 9 started operation on 10 December 1933. The platform lies underneath the tracks of the line 8. The two platforms are side platforms divided by a tiled wall. 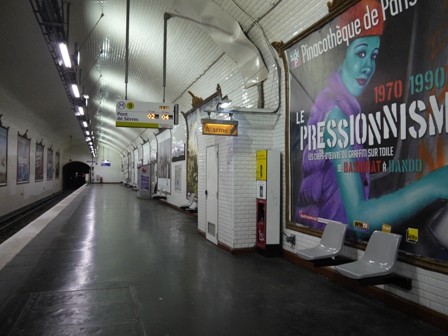 View of the platform in direction Pont de Sèvre. There are three opeings in the dividing wall to allow access to the other platform in case of emergency.

The ceiling of the platform is higher than that of the line 8.  The light rigging is suspended from longer wires.

Grey plastic seats have been fixed to a metal bar on the wall. 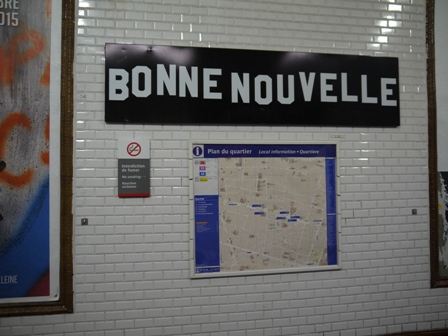 The signage continues the cinema theme. The platform name is in white capital letters on a dark blue background.

The walls are covered in white Metro-style tiles. 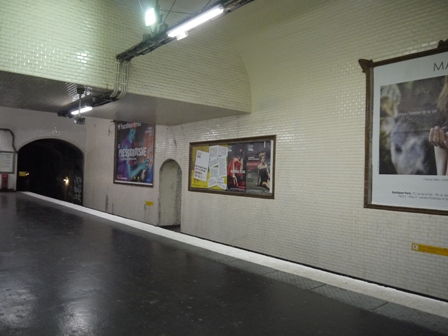 The edge of the platform is marked in white. A row of about 20 cm wide nobbed tiles has been added to warn sight-impaired travellers of the edge.