It is situated in the 18th arrondissement. The quays of the station are the deepest of the network, lying 36m below the entrance. Access is given by either walking down or taking one of the two large lifts. The station is named after the abbesses of a former nunnery at Montmartre.

Abbesses is an underground station on the metro line 12. 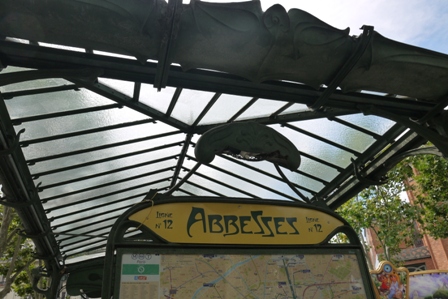 Entrance to the station from place des Abbesses with the name of the station in the Art Nouveau style in green letters on a yellow background.

Underneath is a map of the Parisian metro network. 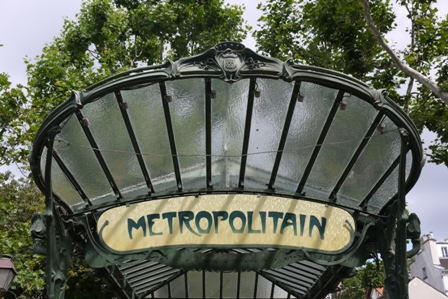 The glass canopy in the Art Nouveau style was designed by Hector Guinard. It incorporates the "Metropolitain" signage against a beige background. 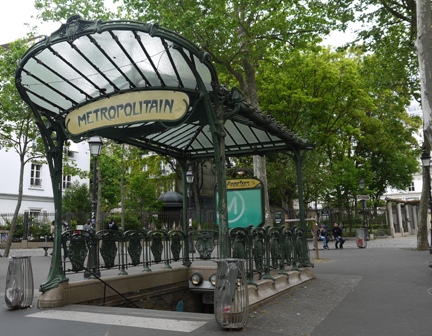 The balustrade around the entrance is made of large green floral inspired panels.

The walls are beige-brown with a stencilled pattern. 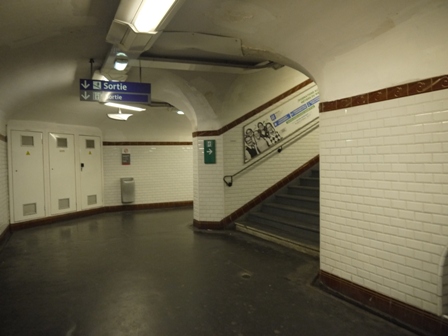 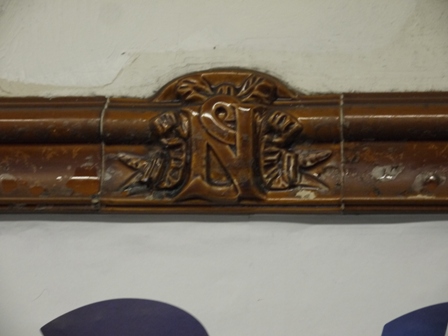 Corridor on the landing. The walls are tiled with white ceramic tiles

Narrow advertising panels have been places between the handrail and the top border tiles.

Abbesses is part of the original Nord-Sud Line.

An intertwined N & S with ribbons has been incorporated in the ceramic tiles of the advertising frames. 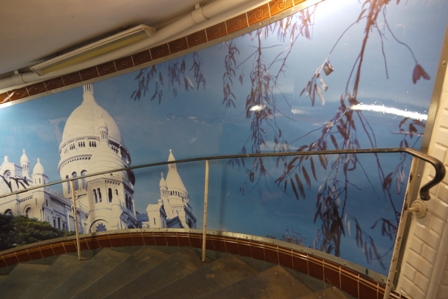 Walking down to the platforms. The walls have been covered with 7 photographs of the area by the artist Jacques Habbas.

Here is the basilica Sacre Coeur.

Handrails have been fixed to the steps on the outer side of the round stairs, and on the wall on the inner part. 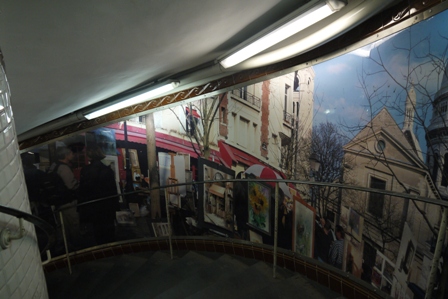 Photo of place de Tertre and the St Pierre church. The image is topped by brown tiles with a wave pattern. Brown tiles indicate that the station has no transfer to other metro lines. 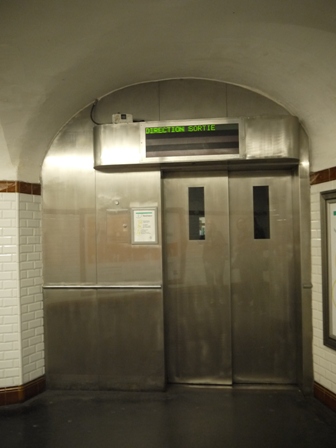 Large lift. The sign above says Direction to exit. You enter through the doors this side and exit through the other side. 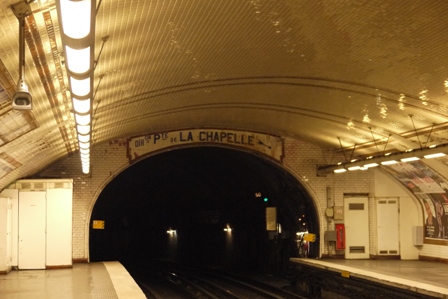 Tunnel and platform on either side of the tracks. Above the entrance to the tunnel is a sign made of white square tiles. Painted in blue lettering is DIR ON PTE DE LA Chapelle - all in uppercase - and an arrow pointing to the platform on the other side. It is framed by brown ceramic tiles. 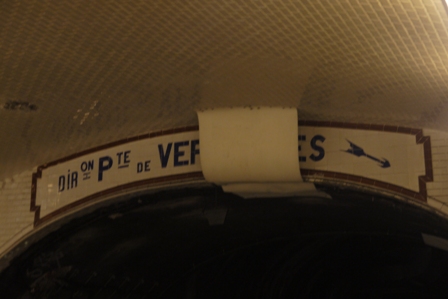 The other tunnel has a similar sign.here the text reads : DIR ON PTE DE VERSAILLES. A white paperlike sheet has been fixed to the ceiling and tunnel top, which obscures part of the writing. 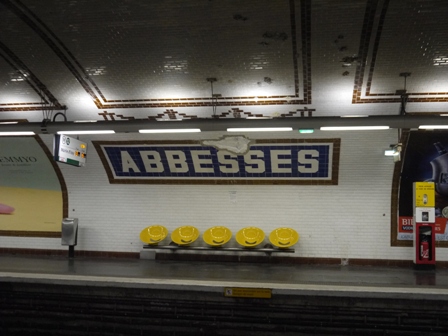 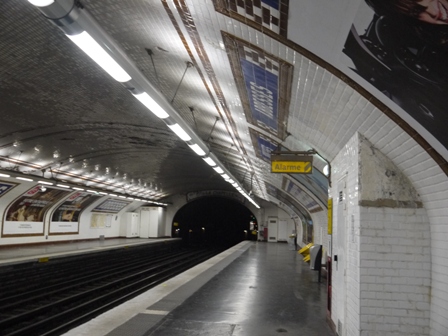 The walls and the vaulted ceiling are tiled. The ceiling is divided into several brown frames with a pattern of ribbons.

The signage is made of large white letters on dark blue ceramic tiles in a white frame inside a brown ceramic frame.

A row of five yellow metal seats in half-bowl shape have been fixed on a silver metal bar under the signage.

The platform lights are in a long silver tube. They are suspended from the ceiling by pairs of two metal bars.

There are no platform doors, so the edge of the platform is painted white and next to it is a row of raised circles.