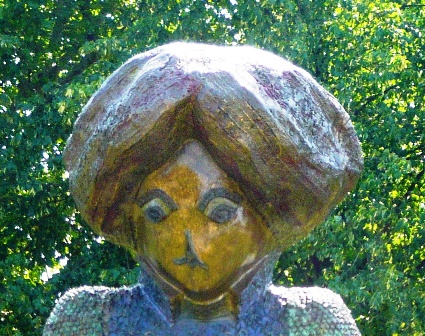 The large bronze statue of an Indian boy with a turban stands in Parc de Bercy.

He wears a high collared patterned coat with "embroidery". His hands are joined behind his back.

Mahatma the Indian is one of 21 statues created by Rachid Khimoune under the concept of Les Enfants du Monde (Children of the World). The statues have been installed in Parc de Bercy in 2001. 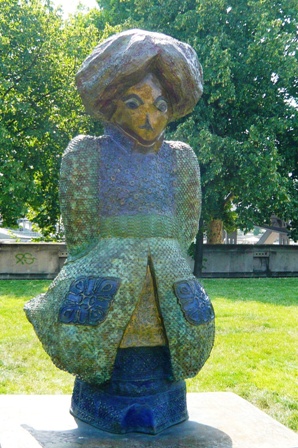