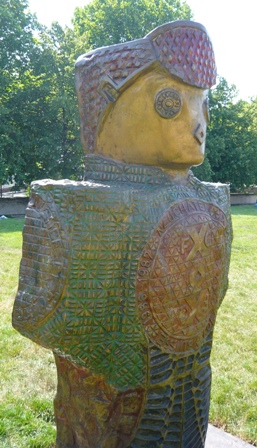 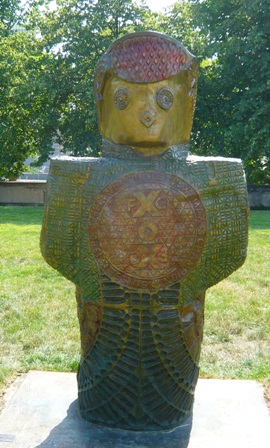 Jean the Swiss is one of 21 statues created by Rachid Khimoune under the concept of "Les Enfants du Monde" (Children of the World). The statues have been installed in Parc de Bercy in 2001.

The metal statue is painted in several colours.

On his head he wears a red hat covering all of his hair and ears with a flat front. His green and blue long coat has a round, red emblem on the chest.